“An open race? I have no problem with that. That’s absolutely fine.”

Jurgen Klopp is bang up for a ding-dong battle for the Premier League title. He claims there are eight teams in with a chance and has dismissed any possibility of Liverpool breaking records this time around. He – like many of us – is expecting the congested fixture list to be mirrored by a bunching of the Premier League. But how does the table at this stage compare to previous years? Thanks to the excellent www.11v11.com for the tables. 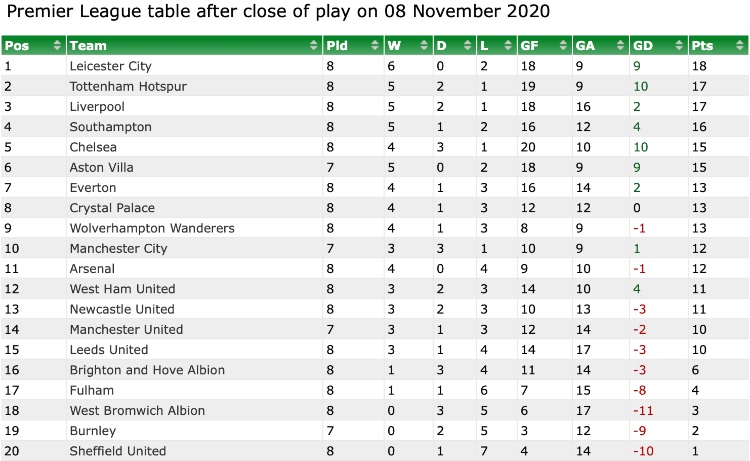 Eight points currently separate Leicester in first and Leeds in 15th in the Premier League. That’s the same as the gap between Liverpool and Man City in first and second at this stage last season.

A win for any of the top six this weekend could see them go top of the table and a first win at Old Trafford for Manchester United could well see the 14th best team in the country climb into the top half – wouldn’t that be nice?

The bottom five are in very real danger of being cut adrift, even at this early stage. 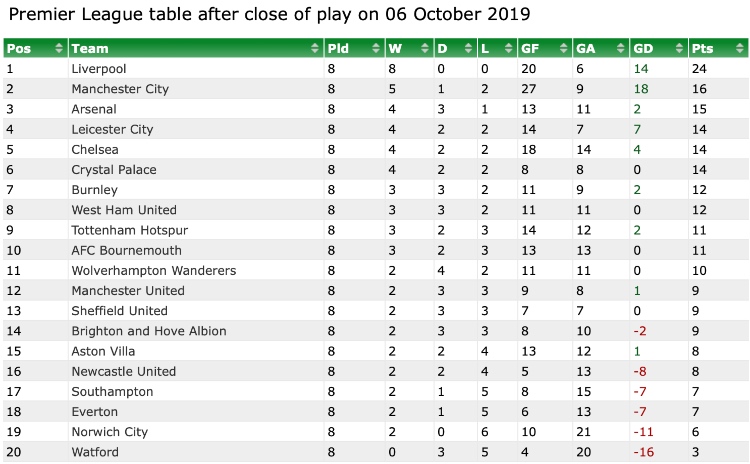 There was the same eight-point sway between 15 places as there is this season, from City in second to Newcastle in 16th.

By that logic (yes, logic) we can expect Leicester to win the title by as many points as Man City were ahead of third place last season. Congratulations Foxes – you will claim the crown by 15 points.

Having said that, City scoring 27 goals after eight games and being only one point better off than Arsenal despite the Gunners scoring just 13 and conceding two more, suggests Pep Guardiola’s side had something of a false points tally (which of course makes no real sense).

In short, City were always going to break away from the pack; Leicester are unlikely to do the same. 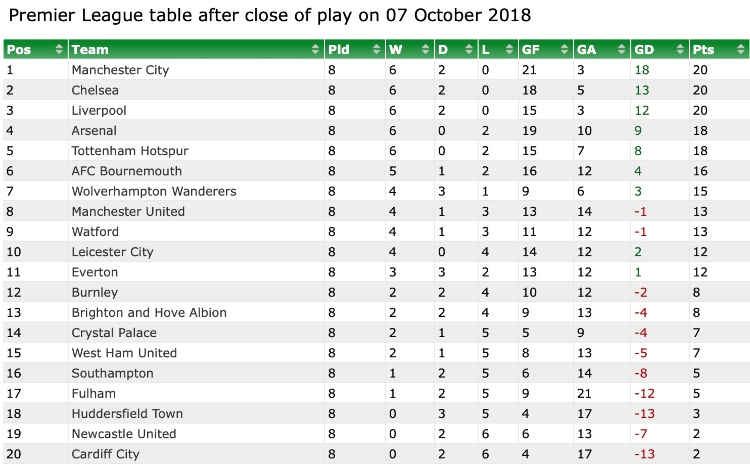 The top five remained the top five but in a different order, with City pipping Liverpool to the title by a point. Definitely a title race, but not an open one: Chelsea finished 25 points behind Liverpool in third despite being level at this stage. 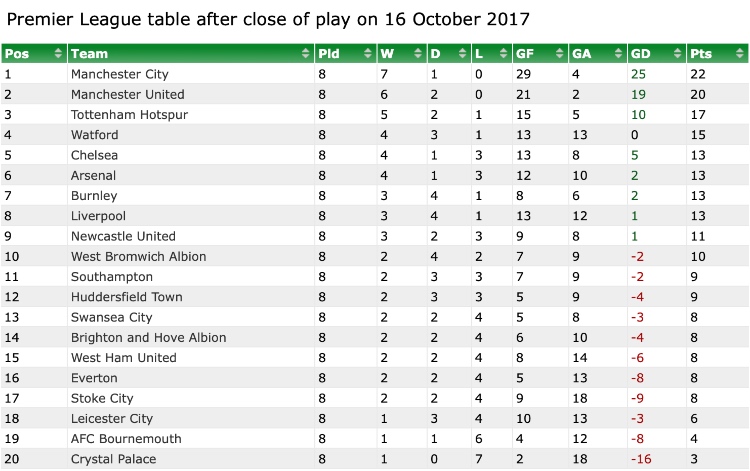 More absurd goalscoring from Man City to start a season in which the top three remained as they were. City cruised it, as seven wins and one draw from the first eight would suggest. 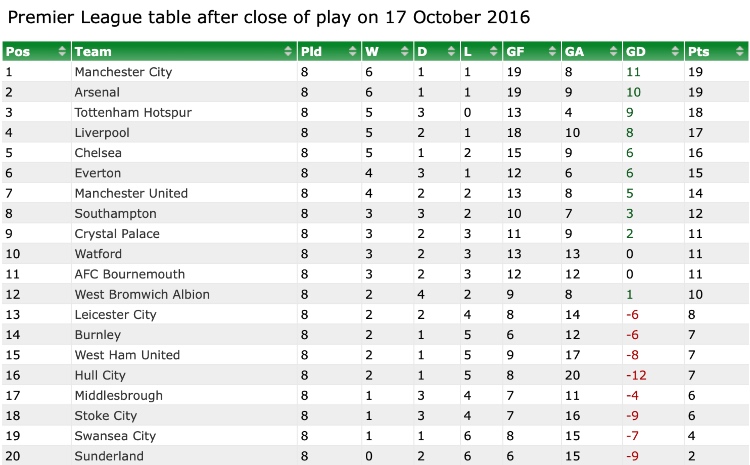 Again, the top five teams finished as such but switched places. Chelsea back-fived their way to the top under Antonio Conte in matchday 12 and stayed there.

There was no gap greater than two points between any two adjacent teams: a properly congested table that resulted in a surprise winner. Promising. 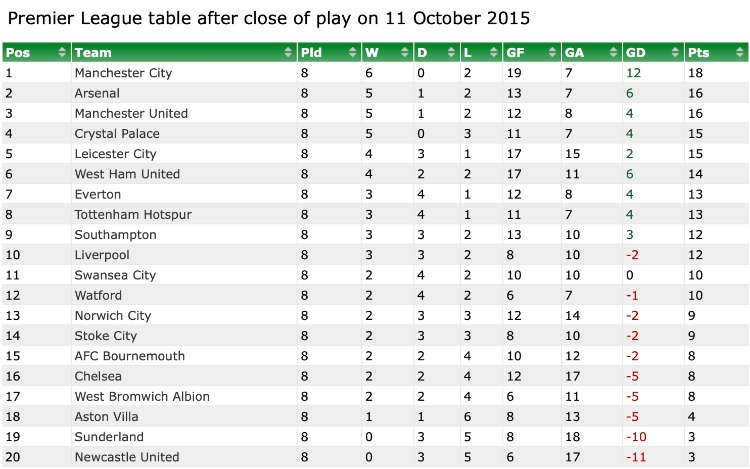 The leaders were on 18 points and the vast majority of teams are covered by a relatively small number of points (10 from first to 17th). Delicious congestion.

This was of course the season in which the Premier League rulebook was gloriously thrown out. So the question is: who gets to be Leicester this time?

I’m off to stick a quid on Southampton.

17 Books to Check Out Before the End of Summer